ASTM D323 is a Standard Test Method for Vapor Pressure of Petroleum Products (Reid Method). It is used to determine the vapor pressure at 37.8°C (100°F) of petroleum products and crude oils with initial boiling point above 0°C (32°F). The method is fully manual and can be considered as an old-established standard. Today, the more modern ASTM D6377 is used and can be correlated with ASTM D323.

Of course, vapor pressure is a critically important factor. When it comes to automotive and aviation gasolines, it affects the starting and warm-up process, as well as the tendency to vapor lock with high operating temperatures or high altitudes. (Andreas Schwarzmann, R&D)

The most important question with the vapor pressure of crude oils is concerning the general handling and initial refinery treatment. Crude oil producers and refiners are both highly affected by such data. Above that, vapor pressure is also used as an indirect measure of the evaporation rate of volatile petroleum solvents. 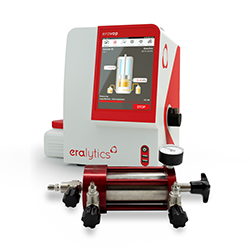 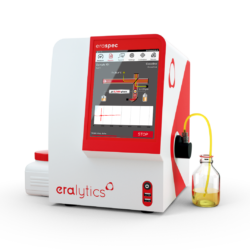